German Automakers Keep All Options on the Table 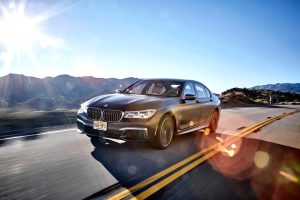 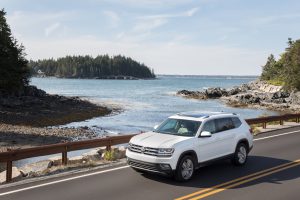 Both new model sedans and crossovers are in store from Germany’s auto manufacturers.  The expansions and introductions seem to be either at one end or another—small and compact, or large and luxurious.
Sedan-wise, there’s news about the relaunch of the BMW 8 series and potentially bringing a tiny 1-series sedan to the U.S.  Meanwhile, BMW significantly increased U.S. shipments of its X3 compact crossover last year, while rolling out the large three-row X7 crossover.
If the superb performance of its 7 Series hybrid is an indicator, BMW will lead the way in proving that The Ultimate Driving Machine of the future may very well be a hybrid.  The 740e xDrive iPerformance generates roughly as much power as the turbocharged-inline-six-powered 740i, by combining an electric motor with the same 2.0-liter turbo-four found in the 230i.  It’s good for 322 horsepower and 369 pound-feet of torque, and 0-60 in about 5 seconds.
Meanwhile the redesigned X3 is lighter, more powerful and more efficient with better handling and driving dynamics.  All this puts it at the top of the list of more than a dozen rivals vying for marketshare among luxury compact SUVs. Our X3 xDrive30i with 248-hp turbocharged 2.0-liter four-cylinder was nimble and quick with an interior fitted as you would expect of a BMW.
A big part of VW’s comeback in the U.S. will stem from the introduction of two new SUVs, once again at both ends of the spectrum with the compact Tiguan and the full-size Atlas.   The Atlas was a missing ingredient for VW for a long time and has proven to compete well with its rivals, even in terms of value—something never accomplished by VW’s Touareg SUV.  Atlas is also VW’s only three-row SUV.
VW has also focused on making its sedan line-up more exciting. The fact that the engine in the VW Passat GT has a naturally aspirated 3.6-liter VR6 engine is enough to make it a standout to gearheads.  The GT is essentially the R-Line trimmed Passat sedan lowered slightly, with its suspension stiffened up and 19-inch tires added along with numerous sporty style details outside and inside to deliver a zippy 280 hp sedan with a starting price of $29,995.
In the compact sedan segment, the family Jetta can also double as a drag racer with a 1.8-liter engine that is both fast and efficient at the same time.  Both a new Passat and a new Jetta introduced for the 2019 model year will help VW retain its share of sedan sales.
Because modern crossovers get almost the same gas mileage as a comparably sized sedan, and because motorists have gotten used to sitting up high in a car, the direction of the new car market as a whole is moving toward more SUVs and crossovers and away from sedans.  But for now, at least for the Germans, the goal is to remain relevant across the entire spectrum of vehicle options.
Beverly Smirnis2018-12-05T23:04:29-06:00August 12th, 2018|Tags: BMW|