Compact no longer means bare bones when it comes to fit, finish and features in the compact car segment. Today’s compacts are increasingly comparable to their larger counterparts when it comes to options, and thoughtful design makes them evermore roomy, quiet and comfortable.  Average pricing in the segment ranges from $18K to just under $30K. 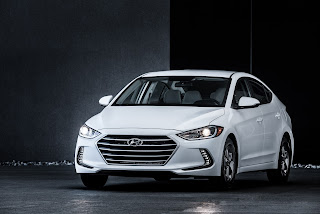 Completely redesigned for 2017, Hyundai’s Elantra gets a more polished and refined look.  It’s a classy, quiet, comfortable and efficient sedan choice.  SE and Limited levels really get sweet with thoughtful technology features and safety features including adaptive cruise control, lane-departure intervention and xenon headlights that swivel when you go around turns.  The SE and Limited levels also get the new 2.0-liter four-cylinder engine. A new Elantra Eco model features a turbocharged 1.4-liter engine with a seven-speed transmission tuned for superior gas mileage. 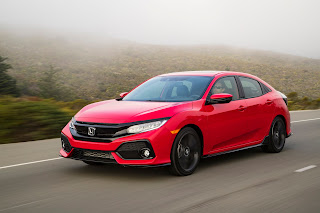 Honda’s compact Civic, available in a four-door sedan, two-door coupe, and now five-door hatchback, has had a long-standing position on the “Best Buy” lists. It boasts aggressive styling, responsive handling and plenty of features even on the base model.  Its smooth, powerful and efficient powertrains include the 158-hp naturally aspirated 2.0-liter four-cylinder engine standard on the sedan and coupe, and a 174-hp 1.5-liter turbocharged four (optional on the sedan and coupe and standard on the hatchback).  LX is the base trim, EX and EX-L are upgrades and the hatchback adds Sport and Sport Touring level variants with the latter including the Honda Sensing package of safety gear (optional on all other levels).  A manual transmission is standard on the LX, EX, and Sport, and a continuously variable automatic is optional on those trims and standard on the EX-L and Sport Touring. 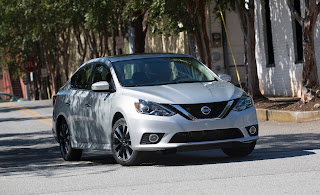 Big news for the Nissan Sentra’s 2017 lineup is the addition of the SR Turbo, designed for buyers who want all the attributes of traditional compact sedans but also desire some serious turbo performance via a 1.6-liter, direct-injected turbo-four making 188 hp and 177 lb-ft of torque. Adding to the 17-inch wheels, rear spoiler, LED headlights, and sport seats found on the normal SR, the SR Turbo adds 50 percent more horsepower and more than 40 percent more torque.  Other upgrades include front springs on the suspension that are 10 percent stiffer and a revised version of Nissan’s Active Understeer Control system, which brakes the inside wheels when tackling corners.  The SR Turbo tops the 2017 Sentra model lineup with an MSRP below $22K.  Other iterations of the Sentra are also available, of course, if it is the traditional compact sedans you’re seeking; Nissan’s Sentras are noted for good seating space and a roomy trunk.
Beverly Smirnis2017-05-15T14:56:00-05:00May 15th, 2017|Tags: Honda, Hyundai, Nissan|