OUR PANEL OF EXPERTS

Paul has also contributed to and/or has been featured in other sections of the magazine:

Articles by Stephen Polozola and the Legal Team of Decker Jones

Who Pays the Sales Taxes in Residential Construction?   By Adam Fulderson & Stephen Polozola  (May 2016)

Must a Contract be in Writing?  By Stephen Polozola  (April 2016)

By Fred E. Shlesinger
Senior Financial Services Representative
Principal Financial Group
Are You Risking Too Much?  (June 2016)
Partnerships:  Is There Life After Death?  (May 2016)
Are You Protecting YOU–Your Most Valuable Asset? (April 2016)
How You Can Bolster Employees’ Futures & Your Ability to Attract And Retain Top Talent  (March 2016) 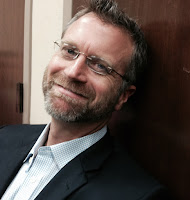