On the Hunt for New Buyers!

Auto manufacturers have made radical changes in their attempt to get the Millenials hooked on their brand and harness the spending power of the older car buyers.

Millenials (now aged 18 to 34) represent about 86 million potential auto buyers.  While some are “big on small” vehicles that are more affordable and easier to operate in urban settings, others are moving into roomier crossover SUVs that support their addictions to sports and active lifestyle. As they begin to age and start families, their tastes are shifting to larger more luxurious vehicles.
On the other end of the spectrum are the 76 million baby boomers trying to extend their youth and seeking vehicles that provide them with a luxurious, safe feel but also a more youthful, sporty drive that’s smaller than what they needed for carpool. 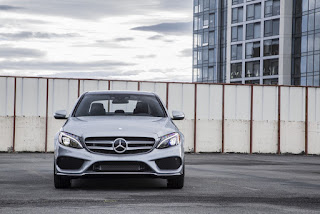 Mercedes’ answers to both groups’ desire for luxury and sport is the C300 4 Matic sedan starting at $38,400 MSRP.  The new C class is more substantial in size, space and safety, yet lighter and more nimble.  Under the hood is new 241-hp turbo-4 boosting power and torque by 20%.  Yet it offers higher mpg and lower emissions, thanks to advances like high-pressure Direct Injection, rapid-multispark ignition, and ultralow friction.  Inside, its intuitive new touchpad and slim screen deliver numerous entertainment, navigation and vehicle options via multi-finger gestures and animated displays. 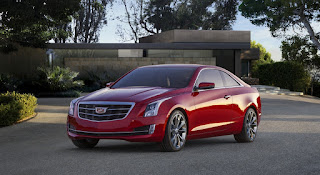 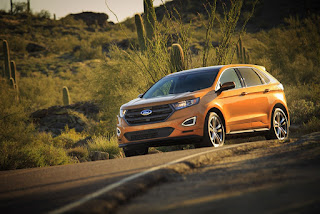 Perhaps most surprising are the number of buyers making the switch to Ford.  Fifty percent of Edge buyers are new to the Ford brand, attracted by the driving dynamics and attention to detail which have put it in the playing field with Euro competitors in the crossover arena.  The new Edge ranges from $28,995 for the base SE to $38,995 for the Sport—add $1495 for AWD.  Ford significantly modified its 2.0L EcoBoost engine to make the Edge capable of towing 3,500 pounds.  A 2.7L is available on the Sport, and there’s also a 3.5L naturally aspirated option.  The The chassis, suspension, front/rear brake systems and vehicle styling have all been redesigned for the 2015 model. And get this:  The Edge can parallel park itself or back itself into a perpendicular spot!  What’s the purpose of having a camera if the lens is dirty?  Ford’s front camera has a new washer feature.  Other distinguishing features include second row heated seats and Ford’s Curve Control safety. 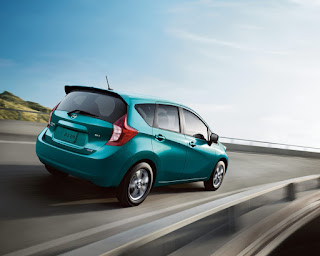 Nissan goes after the budget-conscious consumer with the restyled 2015 Versa.  Versa proves that budget-pricing does not mean cramped spaces, subpar materials and a rough ride.  The Versa’s backseat and trunk are noticeably generous for this segment.  For the second straight year, the Nissan Versa Note is one of Kelley Blue Book’s KBB.com’s “10 Tech-Savviest Cars Under $20,000.”  This little Nissan is one of the least expensive new cars on the market—a good choice when the need is basic transportation or perhaps an occasional car to keep at the second home. 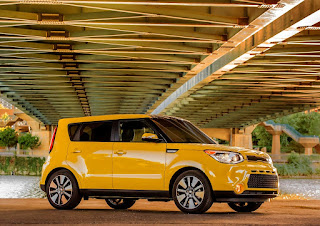 The KIA Soul Urban Hatchback has a cult-like following from both the young and old target markets.  While its exterior design remains controversial—some love it, others hate it—the plush, quiet comfortable high-tech interior of the 2015 is hard not to like. The 2.0-liter four-cylinder engine provides respectable power; a 1.6-liter is also available as is an all-electric Soul.   Both the base and + trim level Kia Soul models are available with the Uvo eServices package, which includes a rearview camera and telematics features like geo-fencing, curfew alert and speed alert. There is also a new “Umber” interior package with upgraded leather upholstery.
Beverly Smirnis2015-11-08T20:48:00-06:00November 8th, 2015|Tags: Cadillac, Ford, KIA, Mercedes, Mered, Nissan|