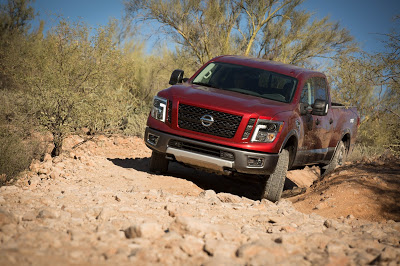 The Nissan Titan XD is at home on the red dirt roads of Tonto National Forest in Arizona, near one of Nissan’s technical centers in Stanfield, Arizona. Its optional two-tone trim seems made for a good dusting and the Pro 4x package is ready for more demanding offroad challenges. The first Titan to be rolled out in 10 years is the XD (We dubbed it the “Extra Duty”), but in fact denotes its 5.0 L Cummins turbo diesel engine – the only powertrain available in the XD lineup.

The XD is a significant departure from most trucks in the half ton classification for one simple reason–it isn’t a half ton truck. The Titan XD is engineered with towing in mind and lives up to it with an array of gizmos to pair with its diesel power plant. In fact, its towing capacity is more than 12,000 pounds. Clearly the XD is designed to provide Super Duty performance in a full sized package, and hits that mark squarely. The strategy is to appeal to occasional haulers, such as boat owners, that don’t want to commit to a Heavy Duty truck for the 320 days a year they don’t go to the lake. Nissan’s Titan XD also requires less investment than larger diesel trucks, with the S configuration starting at $40,290. The best part about this is you don’t have to pay for more seatbelts, because even the base model is a four-door crew cab with intelligent use of interior space.

All this should add up to a winning combination for Nissan, right? This is where convention and theory may diverge.

Forging a unique place in the American truck market is more than a strategy to eek out market share, it’s a matter of survival. Going toe-to-toe with domestic competitors in the Heavy Duty or Full-Sized truck classification is not a battle you walk into after years of being on the sidelines. Nevertheless, Nissan comes in swinging with an assortment of up-sized components made in America, not to mention the Cummins badge on the XD line. The lackluster sales of the Toyota Tundra demonstrate that heavily investing in American manufacturing facilities and components does not necessarily translate into success in the American truck market, but Nissan is hoping its combination of Extra Duty performance and local engineering might make progress where more conventional attempts have struggled. The 390-horsepower 5.6-liter Endurance® V8 gasoline engine available this spring is expected to meet that challenge head on, but the XD may be the Titan lineup’s saving grace. 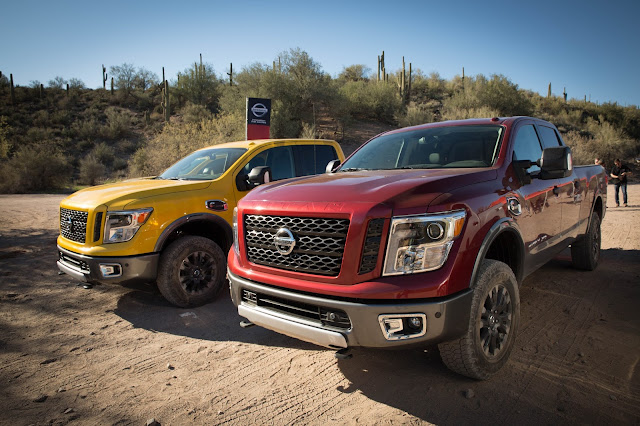