Lots of Bang for the Buck Among Compact Crossovers

The compact crossover subcategory is one of the fastest-growing vehicle segments.  Fierce competition leads carmakers to try to outdo one another on options, styling and price, translating to benefits for buyers moving from sedans into utility vehicles or those downsizing from larger utility vehicles.  The segment generally starts from the mid-$20s ( closer to $30K for the hybrids).  Trim level upgrades make it enticing for most to spend $5K or so more.
The 2017 Nissan Rogue lineup adds a hybrid powertrain option; both the new hybrid and Rogue’s conventional 3.5-liter gas engine are available on front- or all-wheel drive configurations.  Nissan is forecasting a 7 mpg city and 2 mpg highway improvement over the already-efficient gas model. Minor detailing tweaks on the 2017 Rogue’s exterior include a bolder interpretation of Nissan’s V-Motion front grille. A kick-activated rear liftgate is new.  Inside are impressive standards, nice finishes and a redesigned console.   The 2017 also gets accolades for reduced noise.  A third row seat option remains on the non-hybrid.  Opt for the midlevel SV trim level to add blind-spot warning and rear-cross-traffic alert lane departure prevention. Adaptive cruise control and forward emergency braking with pedestrian detection are added in the SL Platinum package. 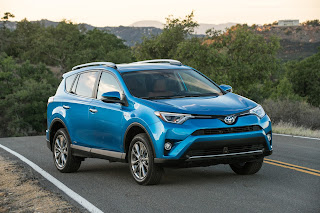 Overall, Toyota’s RAV4 consistently scores tops in the competitive small-SUV segment for its quiet cabin, smooth ride, responsive handing and suite of advanced safety features.  The popularity of the RAV4 hybrid has prompted others to introduce hybrids to this segment.  For the 2017 model year, Toyota ups the ante by including forward-collision warning and emergency auto braking as standard on all 2017 RAV4 models. A new platinum trim level also made its debut this year. 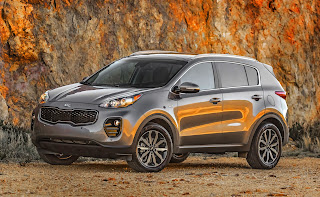 The totally redesigned KIA Sportage also deserves a serious look. Enhancements on the 2017 include a roomier backseat and improved ride comfort thanks to a stiffer foundation while it retains nicely responsive steering.   KIA’s powertrain options include the base 2.4-liter four-cylinder engine or 2.0-liter turbo; both are available in front or all-wheel-drive.  SX models come fully loaded with heated and cooled leather front seats, a touchscreen infotainment system supporting Apply CarPlay and Android Auto, driver aids including lane-departure warning and automated emergency braking. A huge panoramic sunroof also is included on the Turbo. 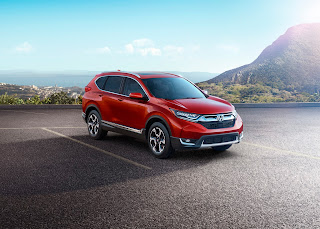 Honda expects the 2017 Honda CR-V to top Civic this year as is best-selling vehicle.  The fifth-generation CR-V goes for a more premium look overall.  Inside, it is more high-tech than ever with a large infotainment screen and mostly digital instrument panel. The base LX model gets a retuned variant of last year’s 2.4-liter four-cylinder engine.  A new 1.5-liter turbocharged inline-four engine plus a long list of additional standard features will entice most to upgrade to EX or better. 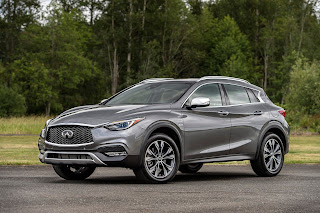 Among its crossover competitors, Infiniti’s all-new 2017 QX30  is considered in the luxury compact segment with an entry fee of about $30K and stands apart for great handling, plenty of power from its turbocharged four-cylinder engine and superior interior touches.Coupe-like styling gives it a sporty look, while its hatchback design gives it more versatility with a taller ride height and increased cargo space.
Other Variations To Consider: 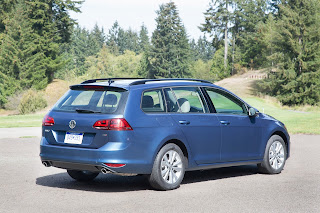 If you’re looking in this segment but really wanting something a little different, particularly if it’s the ability to haul more stuff in the cargo area, the 2017 Golf SportWagen might be just the answer.  VW added a foot of length to the Golf hatchback to turn it into a cool little wagon with a full 66.5 cubic feet of space when you fold down the rear seats.  An efficient turbocharged four-cylinder TSI® engine with 170 hp gives this little wagon plenty of get up and go.  All-wheel drive is an available option.   Outdoor enthusiasts will appreciate its standard silver roof rails. 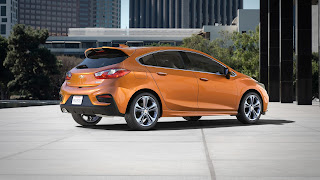 The previous generation Chevrolet Cruze was available as a hatchback elsewhere in the world, but the addition of a four-door hatchback variant in the U.S. this year looks to be a good move answering to growing interest in compact hatchbacks as a choice some find more practical than crossovers.  There are 47 cubic feet of space in the back with the back seats folded down to create a flat load floor.  It is powered by a 153-hp 1.4-liter turbocharged inline-four paired with either a six-speed manual transmission or a six-speed automatic. A diesel option, along with a nine-speed automatic, will arrive later.
Beverly Smirnis2017-05-15T15:09:00-05:00May 15th, 2017|Tags: Chevrolet, Honda, Infiniti, KIA, Nissan, Toyota, Volkswagen|