On American roadways, crossover utility vehicles now represent about every one in three vehicles you’ll spot. The Europeans bring to the table all that their brand names signify in terms of prestige, performance and sheer beauty, while also answering to the same practical needs that led to the CUV revolution. 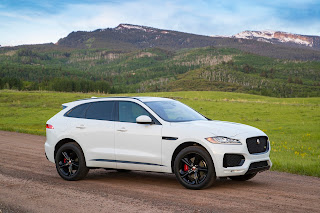 Jaguar’s F-Pace is a thing of beauty with some of
the best backseat legroom, cargo space and
off-road-friendly ground clearance.
The oomph of a supercharged V6 engine putting out 340 hp is attached to an exhaust that gives it that feline roar to remind all that it is Jaguar.  Sharp steering, tight suspension and all-wheel-drive retain this family Jag’s sports car heritage.  Jaguar has done a great job at delivering all that is expected from its brand, while pricing its vehicles competitively, and the F-Pace is no exception.  Our nicely equipped R-Sport could be had for around $62K. 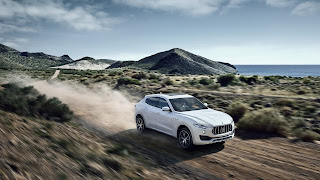 How can you say no to the Italian leather and silk from Ermenegildo Zegna that’s part of the Luxury package interior?  The base price starts at $72K, but most Maserati enthusiasts will pay closer to six figures to ride like the western Mediterranean wind that the Levante is named for.   They’ll have a choice of twin-turbo V-6 engines—one with 345 hp, the other with 424 hp.  Turn up the Joe Walsh tune on the radio!  The Levante is all about vigorous response, hydraulic assist steering and the deep Italian snarl that leaves the driver completely confident in its sports-car-like abilities in spite of the fact that he or she is driving a 16-foot-long vehicle weighing 4,650 pounds and capable of towing nearly 6,000 pounds.  Five ride-height settings including two off-road positions and permanent all-wheel drive equip the Levante for anywhere you wish to take it. 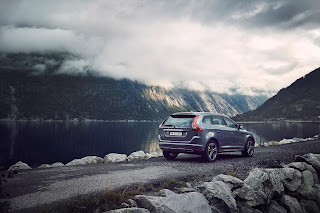 The Swedes answer with a more practical alternative, but one that’s still uncommonly elegant enough to make the Volvo XC90 the most awarded utility vehicle of the century in its first two years.  While sporting all the safety features that Volvo is known for, the new breed of Volvos are decidedly more than a pragmatic choice.  Pricing starts under 50K, but you’ll pay more than double that for the ultra-luxe Excellence trim level that turns the seven-seater T8 XC90 into a four-seat luxury limousine with crystal shift knob and rear-seat beverage cooling compartment with two handcrafted Swedish Orrefors crystal glasses.  There are plenty of choices in between. The five passenger T5 is powered by a turbocharged 2.0-liter engine.  The T6 seven-seater comes with an innovative 2.0-liter supercharged and turbocharged four-cylinder engine, while the T8 Plug-In Hybrid utilizes the same engine as the standard XC90 T6 along with an 87-hp electric motor.
Beverly Smirnis2017-05-15T15:18:00-05:00May 15th, 2017|Tags: Jaguar, Maserati, Volvo|