The Young Aficionado at the Fort Lauderdale International Boat Show

Millennials and now Gen Z–They’re the ones with the buying power…the ones we want to understand so we can craft our marketing messages at them.

Turning 38 this year, the oldest Millennials are well into adulthood, and they first entered adulthood before today’s youngest adults were born.  Pew Research Center, which been studying the Millennial generation for more than a decade categorizes anyone born between 1981 and 1996 (ages 23 to 38 in 2019) as a Millennial, and anyone born from 1997 onward is part of the new generation dubbed Gen Z.  The oldest among this rising generation are just turning 22 this year, and that’s exactly where Young Aficionado Chase Dalton falls.

Chase says he loves nothing more than a good conversation to soak in new information. People describe him as passionate, charismatic, integrity-driven, motivated and brutally honest. He invites you to join him here on The Savvy List as he chases the finer things in life–not only enjoying them but seeking depth in the quality of experiences he will share through the eyes of a young aficionado.

Hailing from the Texas Coast area, Chase grew up on the water and tries to spend much of his time in the Florida Keys, making “all things related to watercraft” high on his list of interests. On his last trip to Florida, Chase visited the 62nd Annual Fort Lauderdale International Boat Show (FLIBS) and here’s what he had to say:

Held at Bahia Mar in the world’s yachting capital, FLIBS attracts boating enthusiasts from all over the world as its name would suggest. While I attended the 2020 show and its attendance was only impacted about what looked like about a 20 percent decline from COVID, this year, the show felt much more extensive and the “boat-buying persona” had more swagger.  Featuring around 1500 vessels, there were plenty of opportunities to suffice your boat-buying tease.

Feadship is a Dutch superyacht company that crafts some of the highest quality yachts in the world.

The owner of Cigarette Racing Team at the helm

From megayachts to sportfishers and dingies, and even the sports cars, the show included enough to keep us plenty busy. My standout boat was Tillman Fertitta’s 252-foot Feadship named “Boardwalk.” The boat cost around  $150 million new and was designed by De Voogt Naval Architects. Tillman commissioned it in 2016, and it took about four years to construct it.  This is the first FLIBS for this vessel. With seven staterooms and a helipad, it makes for a lovely puddle jumper to take you from port to port in style.

Voted the Best Of Show was the Ocean Alexander’s 35, a megayacht that measures 116 feet in length. With its open cockpit and unique look, this particular model embodies what Ocean Alexander tries to communicate through their boats as a brand.

Next, we headed over to the Viking And Valhalla Booths where we always enjoy chatting it up with the team. Everyone is proud of what they are doing, and it feels like one big party. Then I witnessed the Cigarette racing team starting up their 515 Cigarette boat with 1550 Mercury motors–talk about sex appeal!  The team also powered up the 59 Tirranna with six mercury racing 450s. Stepping aboard the Cigarette Racing team’s vessels, I was made aware instantly of why they were at the top of their class—from the vinyl on their cushions to the teak they use on their decks.

The booths were large and lively, and Whitehaven Wine had a superb setup as well as a delicious wine. The elephant in the room of conversations we had with various manufacturers was about material shortages—and that’s because everyone wants to buy a boat!  According to the National Marine Manufacturers Association (NMMA), “Boat sales in the U.S. increased in 2020 by an estimated 12% compared to 2019. More than 310,000 new powerboats were sold in 2020—levels the recreational boating industry had not seen since before the Great Recession in 2008.” While shortages caused a lot of companies to postpone model releases or hold back on announcing products, the booths at the 2021 show were large and lively, and there were still a decent amount of new releases.

I’ve noticed a growing trend in the use of canvas.  It is becoming more relevant from the activity standpoint of boats. Aft shades, bow shades and canvas covers are some of the items that boat brands are incorporating more and more to make the boating experience more enjoyable.

All in all, it was a very successful year. I had a fabulous time, and it looked like many people shared the same opinion as me. I highly recommend the Fort Lauderdale International Boat Show if you ever need to satisfy that money-spending attitude! 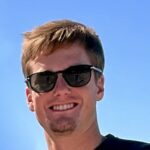 Stay tuned!  Future posts from Young Aficionado Chase Dalton will include his reviews on more boats as well as cars, watches, cigars, art, photography, wine and spirits.  As an avid huntsman and fisherman, Chase will also cover sports travel.