Affordability is a Concern:

-Developers are paying more to purchase lots; Texas ranks among states with the most significant increase in lot values.  Median single-family lot prices in 2018 outpaced inflation (4.4% vs 2.4%) and reached a new record high, with half of the lots selling at or above $49,500, according to NAHB’s analysis of the Census Bureau’s Survey of Construction (SOC) data.

-Dallas, Irving, Grand Prairie, and Arlington were listed about 16 cities across that national that are projected to experience significant jumps in home value, causing them to be rate “above national median,” according to a study by GOBankingRates.

– Home prices in the Dallas area were 2.7% higher than in September 2018. That’s a smaller increase than the nationwide gain, according to the latest report from CoreLogic.  Fort Worth’s home prices were up 3.3% from September 2018 levels. 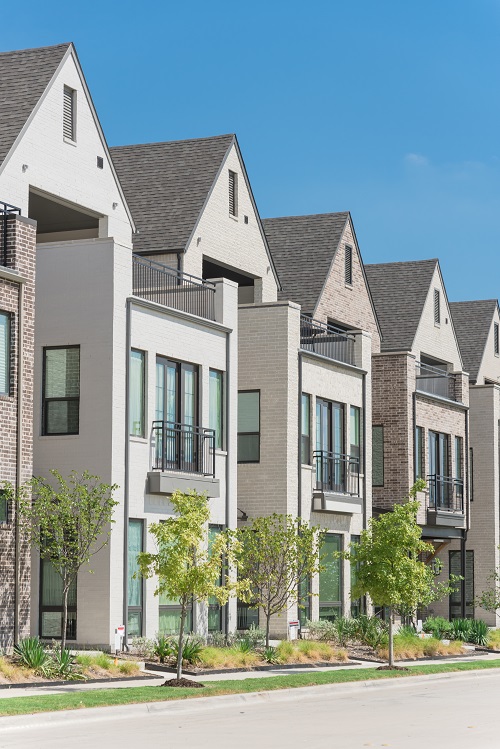 -Historically, first-time home buyers make up about 40 percent of the market; that percentage has slid, with only one  third of homes selling to first-time buyers in last year.

-While homeowners may be less burdened by housing costs, fewer people actually own their homes. The country’s rental population has grown to its largest size ever for as rising home prices and student-loan debt have forced young adults to delay home ownership.  Meanwhile cities are coming around to the fact that rentals are OK and buyers want different housing choices.

-Twenty years after its development, Southlake Town Square is proposing a high-end apartment community for the seven acres on Carroll Avenue south of State Highway 114.   The Dallas Morning News reported that the project would include 350 apartments averaging $3,000 in rent a month.

-A single-family home with 3,000 square feet, or an apartment or condo in a luxurious high-rise tower doesn’t suit everyone.  In fact, according to Parolek, 59% of millennials are looking for missing middle housing in the for-sale and rental markets, versus 39% who are looking for single-family homes.  Bungalow courts, townhomes, duplexes or triplexes and courtyard apartments are some of the alternatives that provide more solutions to an increasingly diverse range of income and generational housing needs.

-Particularly popular with buyers from Mexico and India, Texas ranked third in the nation for homes sold to international buyers, behind Florida and California.  International homebuyer activity added $7.8 billion to the Texas economy from April 2018 to March 2019, according to the Texas International Homebuyers Report released by Texas Realtors.

-Americans are moving at the lowest ever, according to recent Census Bureau data.

-“The 55+ market has been supported by strong demand as aging baby boomers continue to seek downsized homes, but with higher end features and amenities,”

-In 2000, high-production builders built 16.6% of homes in the U.S.  The top 20 builders produced 29 percent of all the homes constructed in the country in 2018, according to data from BUILDER magazine.

-A blog post by Whirlpool states, “Most millennials can’t afford homes over $300,000 and, according to Builder, earn an annual income ranging from $18,000 to $43,000. Therefore, this generation will be attracted to economical houses with low down payments and entry level materials.”

-While they are purported to like new homes student debt and a low inventory of affordable homes on the market have influenced millennials to purchase cheaper, older homes in need of fixing up.  Television influences toward the DIY idea.

-Catering to a millennial audience means throwing that traditional, cookie-cutter layout out the window in favor of a simpler, much less structured floor plans with efficient, simple and open layouts that allow for customization.

Our 25+ years of insight into and experience with the Dallas/Fort Worth region’s residential building industry puts us in a position to play in niches nobody else can play in!