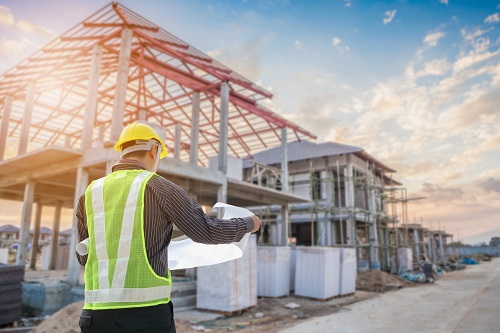 As part of the ongoing effort by the Trump administration to rein in government overreach and reduce burdensome regulations that harm small businesses and economic growth, President Trump signed two executive orders that the White House said “will improve the transparency and fairness of government agencies and ensure that they are held accountable.”  A plan for housing finance reform, with both administrative and legislative recommendations, is also on the agenda.

During the Obama administration, NAHB was successful in defeating the 2016 Obama-era rule would have raised the overtime threshold to $47,476. meaning that any professional, administrative and executive employees making less than that amount would be due time and a half if they work more than 40 hours a week.  The now final rule effective January 1, 2020, will increase the salary threshold for the white collar exemption approximately 50% from the current $455 per week (or $23,660 annually) to $684 per week (or $35,568 annually) and the salary threshold for the highly compensated will increase from $100,000 annually to $107,432 annually. These increases are significantly smaller than those that were enacted, but never went into effect, under the Obama Administration.

By rescinding the 2015 Obama-era “waters of the U.S.” (WOTUS) rule, NAHB says that the Environmental Protection Agency ended years of uncertainty over where federal jurisdiction begins and ends.   This means that the EPA and Army Corps of Engineers have provided consistency among all 50 states, which will make the federal permitting process more predictable and affordable.

The Federal Deposit Insurance Corp., Office of the Comptroller of the Currency and the Board of Governors of the Federal Reserve have issued a final rule to raise the threshold from $250,000 to $400,000 for residential real estate transactions that would require an appraisal. Residential real estate transactions exempted by the threshold will still require an evaluation consistent with safe and sound banking practices.

Acting against the strong objections of NAHB, the House approved the Forced Arbitration Injustice Repeal Act (H.R. 1423), legislation that would prohibit two parties from including in a contract a pre-dispute arbitration agreement. NAHB strongly supports the use of alternative dispute resolution (ADR), including binding arbitration, in consumer contracts.

The Next IRC/IECC Code Cylce:

The International Codes Council will soon begin voting on important changes to the International Residential Code (IRC), the International Energy Conservation Code (IECC) and others. Last year, NAHB saw favorable votes on 87 percent of the codes proposals.  This year it is rallying against an IRC change that would increase the minimums for stair rise/run from 7 ¾”/10″ to 7″/11″ and an IECC change that would require all new single-family homes with parking areas to be electric vehicle charging station-ready with a dedicated 220 volt, 40 amp circuit.

The Federal Emergency Management Agency (FEMA) announced it was deferring implementation of its new flood insurance risk rating program by one year until Oct. 1, 2021. The agency had previously announced that new rates for all single-family homes would go into effect nationwide on Oct. 1, 2020.

-At press time, NAHB was successful in lobbying for changes to H.R. 3702, the “Reforming Disaster Recovery Act.” As a result of the changes, NAHB now supports the passing of H.R. 3702. Key Changes made to the legislation including allowing any licensed design professional to evaluate if the project meets the Community Development Block Grant -Disaster Relief (CDBG-DR) requirements. States would not be obligated to adopt the latest building codes edition to meet requirements of CDBG-DR.  A project could be built on either of the latest two editions of the nationally recognized building code with amendments made by the state and local jurisdiction.

-In November, Texas voters supported all three of the constitutional amendments that Texas Association of Builders Government Relations Committee supported.  Proposition 3 authorized the legislature to provide a temporary exeption from ad valorem taxation or a portion of the appraised value of certain property damaged by a disaster.  Proposition 4 prohibits the imposition of an individual income tax, including a tax on an individual’s share of partnership and unincorporated association income. Proposition 8 provides for the creation of a flood infrastructure fund to assist in the financing of drainage, flood mitigation and flood control projects.

-Dallas County residents whose property was damaged last month after nearly a dozen tornadoes smashed into North Texas will get a smaller tax bill this year.

-Home Innovation Research Labs was recently awarded a two-year, $400,000 contract from the Department of Housing and Urban Development (HUD) to create the guidelines that will help builders and developers incorporate resilience into their projects.  The guidelines will focus on new construction and major re-construction after natural disasters

-The IRS has released a draft version of the updated Form 8996, which is required to be filed by all Qualified Opportunity Funds (QOFs).