Salcedo Homes | Design + Build: “Success Is All About Counterbalance”

Counterbalance is the word that best describes Brian Salcedo’s own life path and his career in home building.

Brian and Sarah Salcedo met in 2001 in Seattle where they both worked for a homebuilder—he in construction and she in marketing.  They married and started their first business in 2006. Brian says that in both their marriage and their business partnership, he and Sarah are a counterbalance for each other; he is a professional builder and calls himself “the dreamer,” while he describes Sarah as “the inspiration and steady force.” 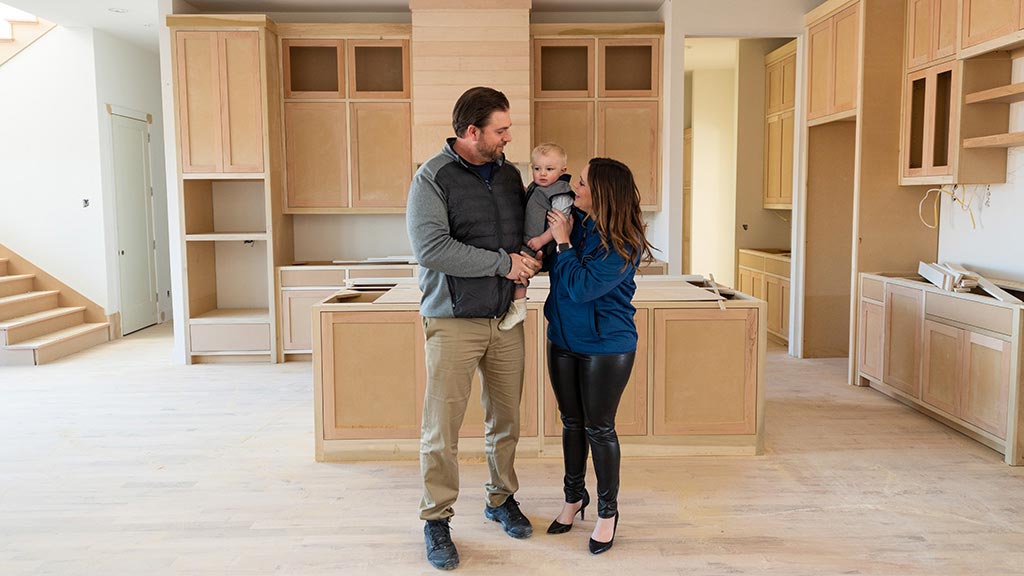 In the design/build process with clients, Sarah said a similar counterbalance needs to exist. “There is the emotional side—homebuyers are investing a significant amount of their net worth to build a home of their dreams. And there is the practical side, questions about costs, the building process and their expectations. As custom home builders, it’s up to us to balance the dreams and the realities to deliver even more than they expect but stay within their budget and make the process enjoyable,” she explained.

“There is enough stress in the world; building a home has to be fun and will be if you work with the right customers and they’re working with the right builder. It has to be a match,” Brian emphasized. “In the ‘dating stage’ with a customer, you’ve got to establish the fact that there will be some conflict during our time together; the question is, in conflict, can we come to a mutually agreeable resolution?”

The Salcedos also understand that right matches are equally important in building a support team. “The labor shortage issue has not adversely affected our business because we place a high priority on building relationships and loyalty with suppliers and subcontractors. If you treat others as you would want to be treated, then they will want to work with you!” Brian says.

Opportunity and search for a new beginning brought the Salcedo family to Dallas from Seattle in 2011. Before forming Salcedo Homes in 2017, Brian got to know the market and the methods here by working for other home builders. “It is different from Seattle. I had never built a post tension slab foundation before,” Brian said, adding that there were many other things that were different, but much was the same. “The ability to communicate, budget, schedule and resolve problems are the keys to success no matter where you are building,” he said.

His own talents are obvious, but Brian is extremely humble and appreciative of all that Sarah brings to the table, of the team that supports their vision and of all that led to the establishment of Salcedo Homes in Dallas-Fort Worth. It was divine intervention that brought all of it together, he says. The Salcedos have four children and believe in making them part of the business, too. “The children love going to the job sites, chatting on FaceTime or bringing dad dinner to the office if it’s going to be a late night. This is a family business and we are dedicated no matter what it takes,” says Sarah.

Sarah’s consistent presence on social media is often the starting point for building brand awareness and starting fruitful conversations with potential clients.  Every client process starts with the Dream Meeting. Brian and the Salcedo Homes team review all the creative and fun ideas, client’s pictures, etc. and their description of lifestyle. These details get translated into a set of custom plans.  Next, the plans are run through the proprietary budget program, the numbers are analyzed, and adjustments are made to produce a virtual 3D walkthrough of the home before ground breaks.  Even full interior and exterior design is included if the client so desires.

Striving for authenticity and solid relationships, Brian says he has built over 1,500 projects and given out over 2,000 hugs! Their new custom home construction projects span from Celina to McKinney, Lucas and Parker, Frisco, Oak Point and Flower Mound to infill projects in Dallas and Fort Worth. Salcedo Homes worked on a home featured on Extreme Makeover: Home Edition and was recognized in the Dallas Morning News and Candy’s Dirt for excellence in building and home design.

Faith-Family-Homes is the slogan on their business cards and the priority in which the Salcedos live their lives.